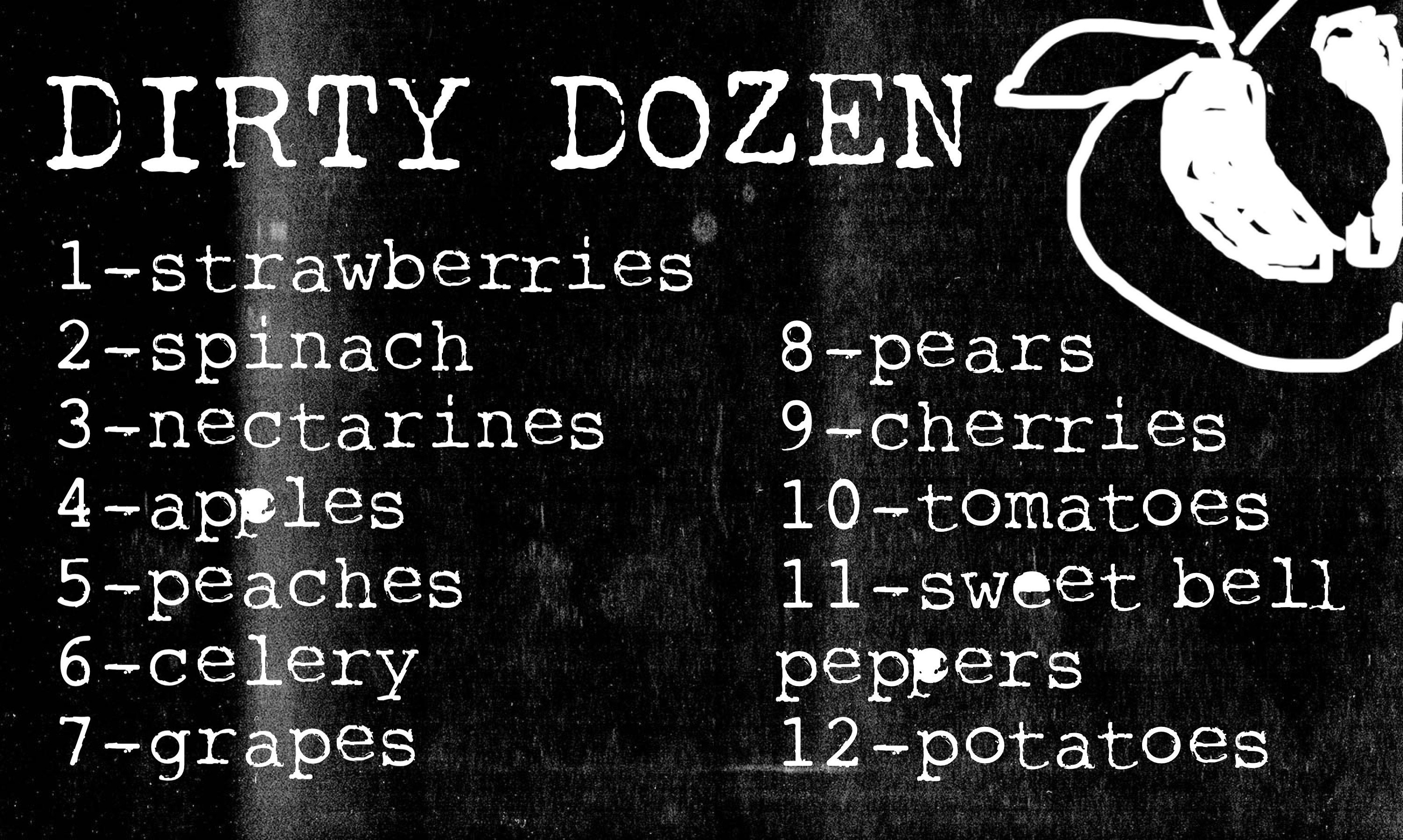 Unfortunately, in today's world of GMO foods (genetically modified foods) and synthetic pesticides so much of the produce we find at our local grocery stores are actually toxic.

It wasn't until my husband and I moved into our first apartment that was in walking distance to Whole Foods that we started our 'healthy eating' journey.  I always thought we ate healthy because we liked to cook our own dinners, didn't eat out often, and rarely ate fattening foods.  The joke when we first started to shop at Whole Foods was "This tastes really good! It must be from Whole Foods ;-)" But after a few weeks, I became curious and would ask myself while shopping there, "Why is this carrot/pasta/sauce healthier for me because it's organic vs. all natural vs. mainstream? Soon I was the annoying shopper blocking the narrow aisles trying to google an ingredient on the back of a box.  And just like that my 'healthy' revolution was set into motion and I have been searching for the human element in the food we eat ever since.

How our food is made matters, but buying organic isn't always an option due to accessibility and affordability.  EWG's annual Shopper's Guide - The Dirty Dozen and the Clean Fifteen - helps people be in the know about which fruits and vegetable to buy organic and/or choose foods lower in pesticide residues.

I'm going to try and break down EWG's report for you in a quick read.

EWG's Pesticides in Produce report is based off of analysis of tests done by The U.S. Department of Agriculture (USDA). 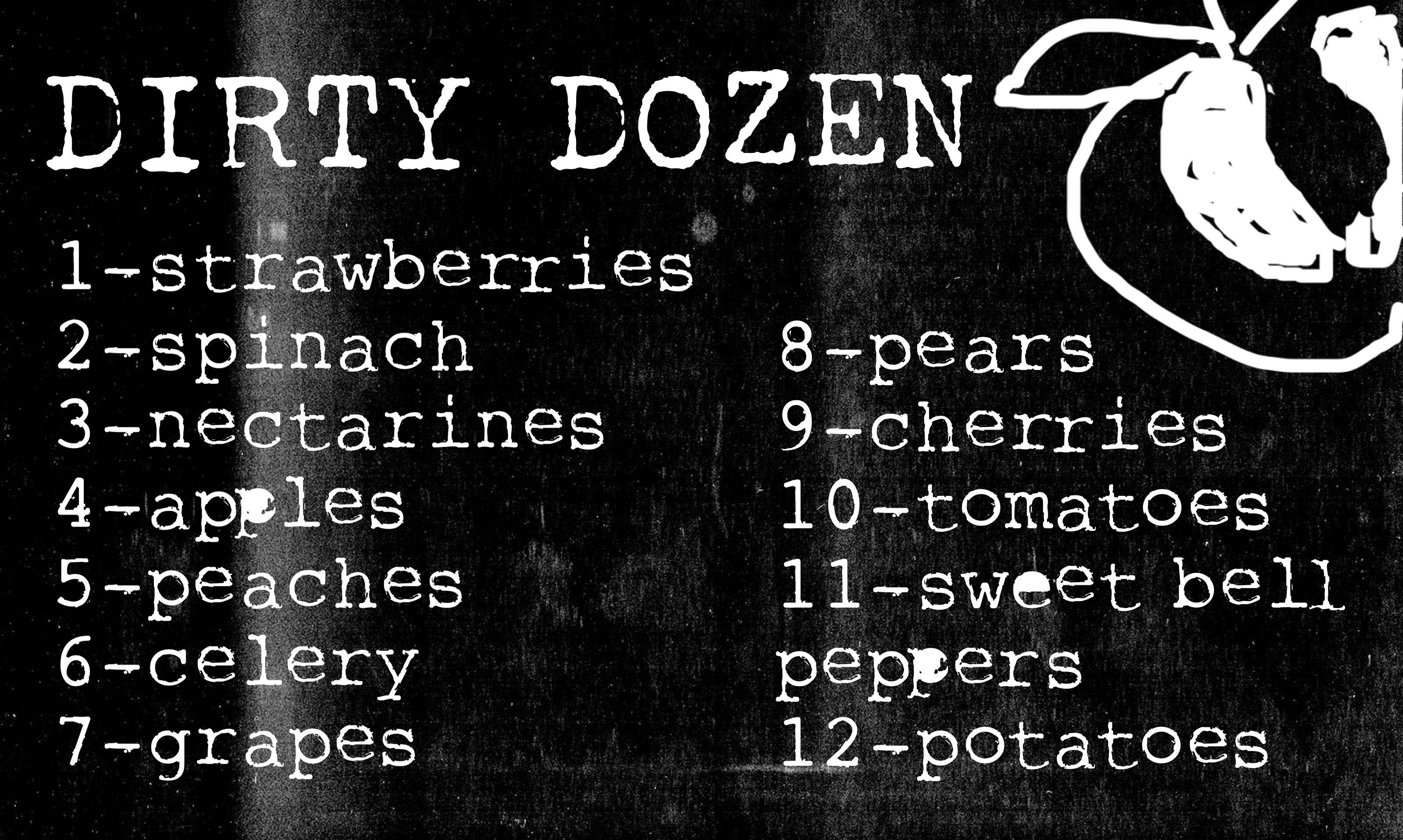 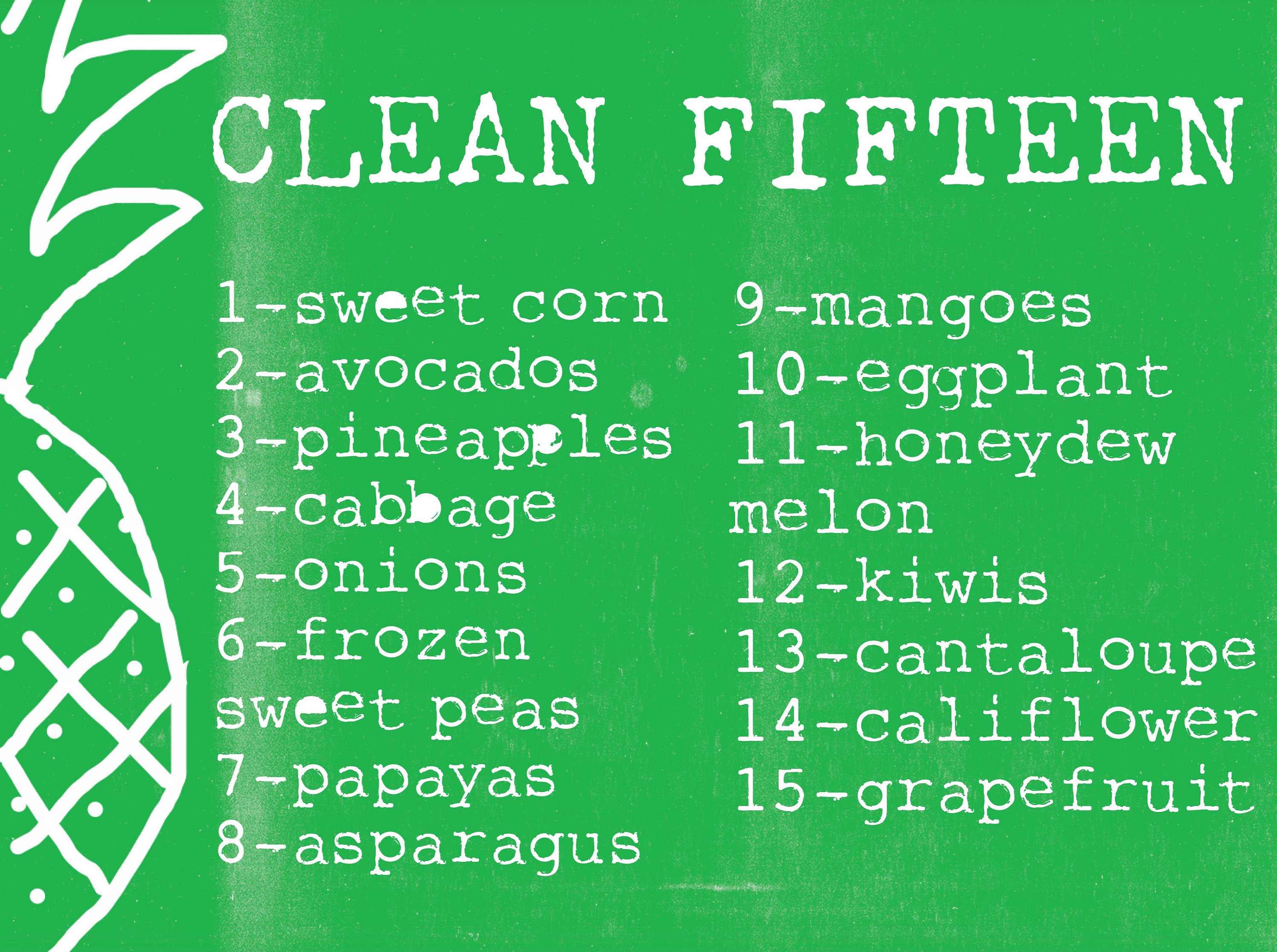 MORE YOU SHOULD KNOW:

* Even though a type of pesticide called organophosphates has been proven to be a potent neurotoxin, the EPA still allows it's use on certain crops.  Even in low quantities it can cause brain and nervous system damage.

* A 2015 study by Cynthia Curl of the University of Washington found that people "often or always" buy organic produce had significantly less organophosphate insecticides in their urine samples even though they consumed 70% more servings of fruits and vegetable daily compared to people who "rarely or never" purchase organic produce.

* Toxicity due to pesticides typically cannot be lowered by washing or peeling the produce.

* Spinach samples had, on average, twice as much pesticide residue by weight than any other crop.

* USDA found 178 different pesticide residues and nearly 70 percent of samples of 48 types of conventionally grown produce were contaminated with these toxins.

* A small percentage of zucchini, yellow squash and sweet corn is genetically modified and most Hawaiian papaya is GMO, so the EWG advised people to purchase these organic when possible (federal law does not require labeling of genetically engineered produce).

* EWG recommends that people who frequently eat hot peppers buy organic because of highly concentrated toxic pesticides that aren't federally regulated for this vegetable.  If you cannot find or afford organic hot peppers, cook them, because pesticide levels typically diminish when food is cooked.

Disturbing isn't it?  So what can we do? Everyone one of us as consumers has the power to effect change. Every purchase is a choice that weighs on the scale of supply and demand.  If enough of us demand organic produce through our collective purchasing power, farmers will respond to meet this demand and ultimately deliver it at reasonable price to consumers...a win-win!  It won't happen overnight but as with most things in life, persistence is key.

Also, there are great organizations out their like EWG advocating for this cause, so supporting these groups will help advance this vital mission.

Please share and let us know your thoughts and experiences!